“What We Did On Our Holiday”

The trailer for this film did not entice me.

It explained story well enough. A family travel from London to Scotland to see the Grandfather for his birthday.

Everything seemed innocent enough, but it didn’t grab me and say “this is what to watch”. My expectations were of mediocrity.

I ended up watching it with other members of the RGU: Film Society. And by the second minute, I was hooked.

Humour, here, is smartly balanced, with more serious moments by the two writer/directors, who also created the even better “Outnumbered” TV Series. These guys know how to write and direct children and they work their magic here with three glorious child performances. 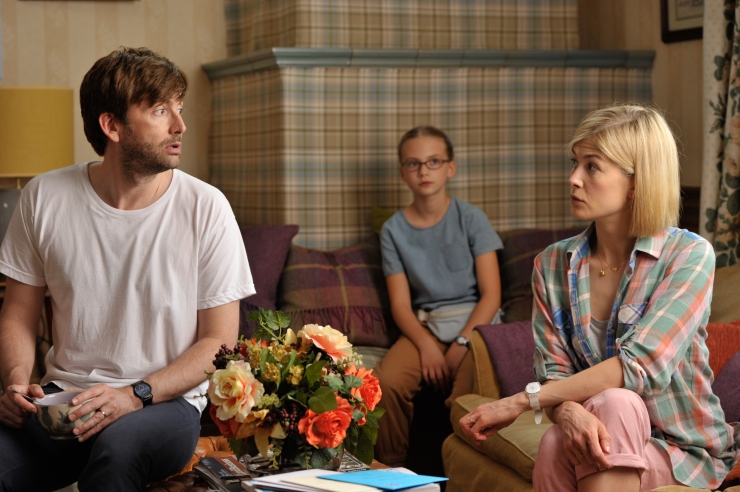 This still encapsulates the theme of the whole movie. Once you see it, you’ll understand why.

At points in this movie I didn’t know whether to laugh or cry, which seemed appropriate as the events which transpire in its plot, which I won’t spoil, cause the characters to feel the same way.

Flaws exist, however. Most notably, the film’s main message, is stated explicitly by two characters in the same words. This may be realistic and put across some message in itself but it did seem as I was watching it to be flogging a dead, emotional horse.

Another thing is that, though the music is perfectly lovely, it comes in at points which drew me to notice it too much.

That’s me nit-picking though. The average viewer of this movie will have a great time.

Recommended Scenario: When you need a bit of cheering up.

2 comments on ““What We Did On Our Holiday””

This entry was posted on October 13, 2014 by Craig Andrew Robertson in Film Review, Released in 2014.