This year’s big, twisty-turny, scam film is here. And no, I’m not going to work any Fresh Prince of Bel-Air jokes in here, as I’ve never seen the show and all the jokes to be made are already on the internet for you to find.

Focus is a thriller whose story centres around the will-they-won’t-they relationship of a con-man and a con-woman played by the charming and handsome Will Smith and the funny and gorgeous Margot Robbie, respectively. 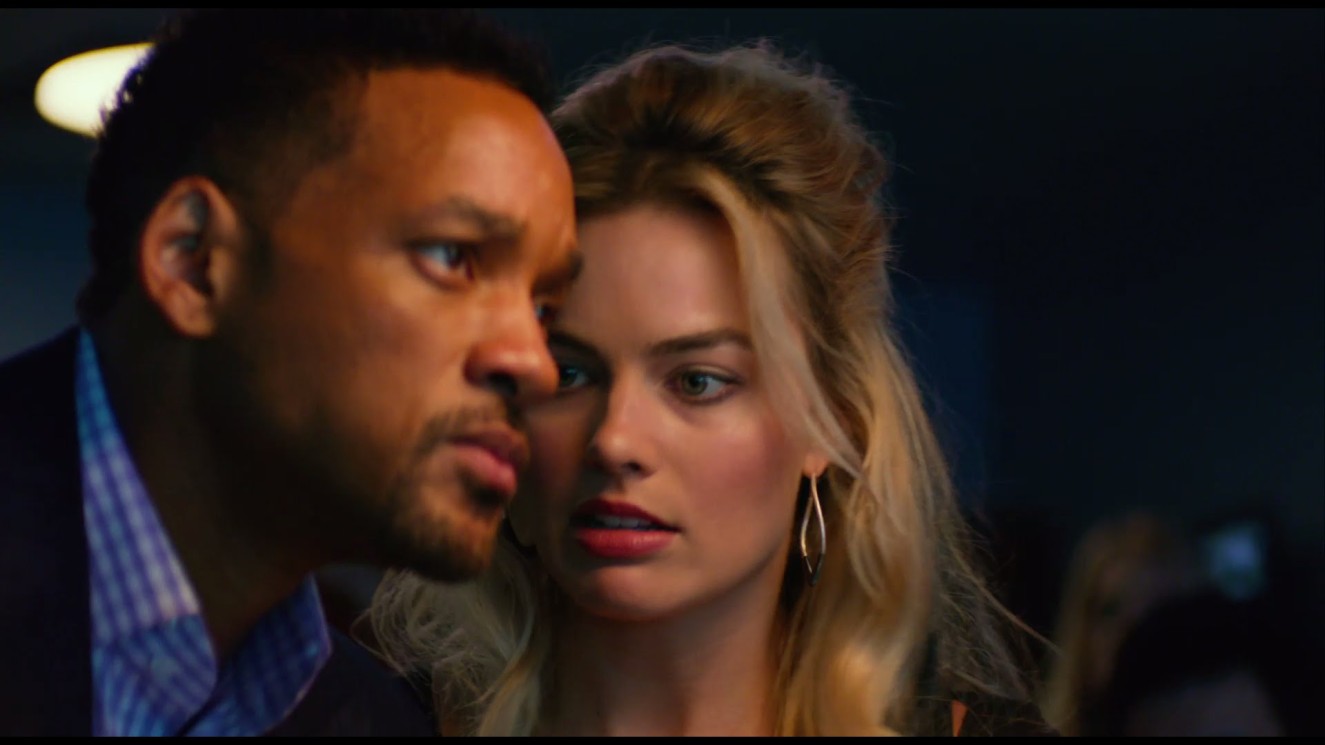 Margot Robbie actually beat Will Smith’s time on “Top Gear”. This was his reaction.

One thing I have to admire those behind this film for, is that they understand that it takes more than an on-screen couple’s attractiveness to make them interesting. They talk as if they have genuine feelings for one another. Unlike a certain other film I reviewed a week or two back!

Robbie and Smith are actually good actors. My favourite past performances to recommend to you are Smith’s in the underrated Hancock and Robbie’s in the awesome The Wolf of Wall Street.

Their chemistry and the writing of their funny, flawed, strong, enigmatic and interesting characters carry this movie supremely. While the dynamic they share is based on the deception that comes from lives of tricking people, it works wonders here. However, a couple of their decisions do get a little in the way of their total routability.

But enough about all this lovey-dovey stuff. What about the scams?

The plot is intricate and weaves through a number of genuinely tense scenes of the main characters trying to dupe their victims. It follows some of the basic rules of the crime thriller. Keep it reasonably light, the plot complex, but not too confusing and keep the bad guys bad.

I really like these sort of films and Focus is a good example of how to do it right. On top of that its well directed, edited and shot, with not coincidental use of focus to provide a nice artistic effect through an often shallow depth of field. And on top of that this is a funny film.

While some of the jokes seemed to try too hard in my opinion, this does make a good example of what some call a “dramady” (a film which you can see as either serious or silly, unironically).

Though a couple of parts in this film didn’t make much sense to me, this is one enjoyable film that I can’t think of much wrong with, in terms of what it set out to be.

Recommended Scenario: If you’re in the mood for a mix between The Sting and Ocean’s Eleven. Even Hollywood can’t deny that sounds fun!

This entry was posted on March 1, 2015 by Craig Andrew Robertson in Film Review, Released in 2015 and tagged Focus, Fresh Prince of Bel-Air, Margot Robbie, Top Gear, Wall Street, Will Smith.