This year is awash with franchises. Many would argue that it is harder than ever to go to see a movie without having read up on the previous titles in its series. Mission: Impossible, despite releasing its fifth movie, is fortunately not like that.

While some minor plot details are carried over from previous films, one can see Mission: Impossible – Rogue Nation without having seen any of the others. IMF agent Ethan Hunt, played once again by the age-defying Tom Cruise, must try to take down an organisation that will wreak havoc on the world. Like the previous films he attempts to thwart his enemy with a team of his fellow agents and lots of lovely gadgets.

Oddly enough this was my face when I heard that “Edge of Tomorrow” wasn’t that big of a box office hit!

Before we look at the fifth M.I film, let me give you a brief synopsis of my opinions of the previous blockbusters in descending order of personal preference.

Mission: Impossible – Ghost Protocol – The best of the series. Blending humour perfectly with some of the best suspense and action of the millennium so far. Not that memorable a villain.

Mission: Impossible III – Easily the darkest one yet, with the best villain, played by Phillip Seymour Hoffman. Great opening. Lovely dark twist. Could have used a tad more of the humour and ludicrous gadgets.

Mission: Impossible – The classic. This is the closest the series has come to John Le Carre levels of realistic espionage. That is until the totally Hollywood heist scene that is still awesome. The climax may have gone a bit too silly.

Okay, now what did I think of Rogue Nation?

One of the best elements of this series is Tom Cruise. I can think of no other American action star that puts as much effort, enthusiasm and above all talent into his craft. I don’t care that he doesn’t have the bulbous muscles of the majoTrity of The Expendables. This man is older than my Dad and yet still kicks ass at action and drama.

In this movie he proves he still has it. That shot you see in all the trailers where Cruise is hanging off the side of a plane was done for real. For real! Not only is his dedication to making Ethan Hunt the ultimate American Bond marvelous, so is his chemistry with his fellow spies.

Hunt’s team consists of characters from previous adventures played by Ving Rhames, Jeremy Renner and Simon Pegg. What I find particularly great about the relationships in this film, more than in the previous ones, is the fact that this is the first movie wherein Hunt has to save one of his team-members. He’s attempted to save those close to him before, for example his wife in the third film, but here the character he is saving has no romantic connection to him. Ethan appears to put the world at risk because, over the past movies, he has gotten closer to this spy in peril. That’s good character development.

The action and suspense is bang on what you should expect from these movies. One suspense scene leads to an action scene which leads to a chase scene and it’s breathtaking. What’s even better is that director and writer Christopher McQuarrie intersperses this with humour and moments of calm.

A problem I’ve had with most of the Mission: Impossibles is that the villains are often not particularly memorable, Philip Seymour Hoffman in the third being the wonderful exception. This may be due to little time being afforded them, their often generic motivations or the fact that because the stand-alone nature of each picture, a villain never acts as a threat from a previous film. Here we have a pretty good bad guy, but not the greatest. I have to admit though that at some points in the film, Rogue Nation does become straight-up operatic in the conflict between good and evil.

The plot’s that of a pretty straightforward international spy movie. Yet just because you have seen certain elements of this story before doesn’t mean the presentation can’t do something awesome with it.

So where on my preference list do I put Rogue Nation? I’d say it is between Mission: Impossible III and the first film. There are elements that are better here than any of the other movies and there are ones the others did better.

Yet that is what’s so great about the Mission: Impossible film series. Each film has a new director and a slightly different take on the subject. Like James Bond and Sherlock Holmes, everyone has their favourite and nobody is wrong. If you think Rogue Nation is the best of the series, I completely understand.

N.B I haven’t seen any of the old T.V show from which these films originated.

Recommended Scenario: When you want pulsing action and humour. With one of the greatest theme tunes ever composed. 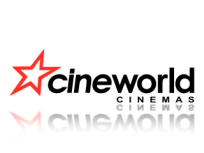