When I saw the trailer for this movie, a funny thing happened. I laughed a little. 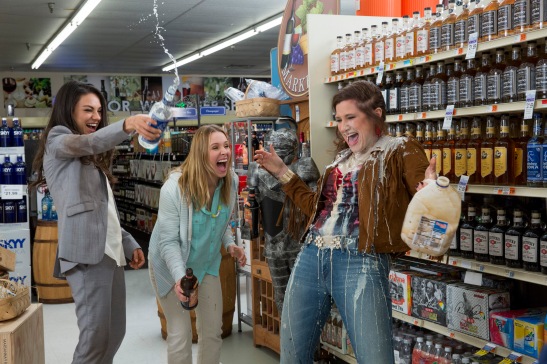 What’s quite cool about Bad Moms is that there are no elements to the story or theme which made me wholly uncomfortable. It’s actually got a pretty good message about motherhood. Compare that to Horrible Bosses and Jennifer Aniston’s ha-ha-rape-is-funny-when-a-woman-does-it-to-a-man character. I’m not one of those PC police guys read it, one has to acknowledge when the movie’s message is damaging and not in a smart way.

Another nice thing about bad mums is it actors. Kunis in the lead and while she does do that thing where she lives on screen at her fellow cast members clearly improvise lines a bit too much, she does at least have good chemistry with them and they do get good laughs. That and a rather good villain performance by Victoria Applegate makes for a really well-rounded cast.

Overall though what’s important is that this film did make me laugh on a few occasions. I’m not going to be quoting this movie in a few years from now, but it is at least good for a chuckle.

I apologise for the formulaic and short form of this review, but I suppose that’s kind of what movie. It’s good, or at least okay and it says a solid chick flick way above the insulting standards of many of those. I will admit though that while the recommend it to the sort of general audience this film aims for, this like many others following the formula, might not be worth more than a Netflix showing.

Recommended Scenario: If you want a pretty decent comedy on Netflix.

This entry was posted on September 5, 2016 by Craig Andrew Robertson in Film Review, Released in 2016.