I watched this film the day before the Oscars and the craziness therein. This is the first year in which I have seen all the Best Picture nominees before the ceremony. If only I got quicker with my reviews too.

Dev Patel stars in Lion, which is based on the true story of Saroo Brierley, an Indian man who as a child got on a train and was separated from his family. 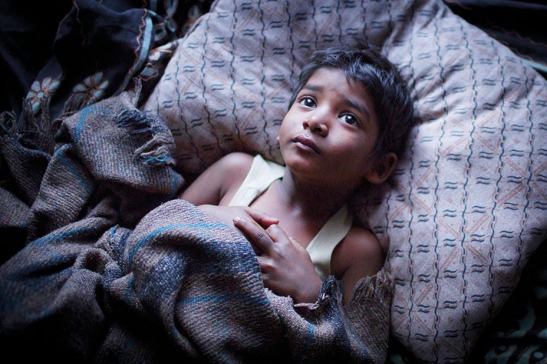 My Mum said she was a “wreck” after seeing this film. If you’re a Mum, be careful when seeing this.

Watching the trailer or looking at any piece of marketing for Lion would suggest that “Dev Patel stars in” is an appropriate way to start that brief summary. It looks like the entire thing will be told from his perspective in flashbacks. However, unlike so many films now, it is told in order of events and Dev doesn’t turn up until half-way through. Not even a word in English is spoken for ages.

This provides a greater emotional pull as we remain throughout the entire film as lost as little 5-year-old Saroo, played excellently by young Sunny Pawar. This is an utterly terrifying and emotionally raw nightmare for anyone. To be thrown into the world so helpless is so distant from my safe world that at times I was genuinely clutching the seat in horror.

Saroo was adopted by an Australian couple played with tremendous sweetness by Nicole Kidman and David Wenham (who if you remember was Faramir in The Lord of the Rings, why don’t I see him more?) and grows up into being played by Patel.

This movie is hard to fault. It’s well-written, well-acted, well-directed and well-paced.

My only issue with it lies in its poster. It has Dev Patel and Rooney Mara, who plays Saroo’s girlfriend, most prominently. Mara doesn’t do a bad job or anything in the film, but she’s not the focus. I honestly think this movie would have gotten more attention from people if the distributors were more honest in its marketing and not pretended it’s Slumdog Millionaire 2.

Recommended Scenario: If you want a truly lovely drama about the search for home.

This entry was posted on March 2, 2017 by Craig Andrew Robertson in Film Review, Released in 2017.