The Man Who Knew Infinity

This is a movie based on the life of one of my grandfather’s heroes. It better be at least okay.

The man who knew Infinity tells the true story of Srinivasa Ramanujan and Indian clerk who early 20th century was invited to Cambridge University where he proved himself to be one of the greatest mathematicians of all time. 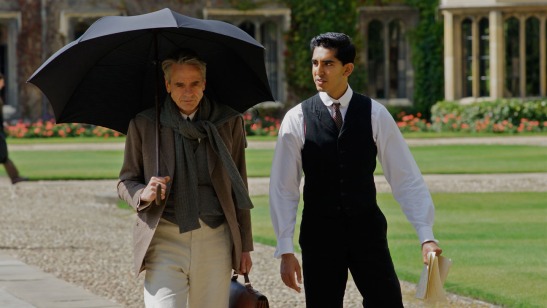 Dev Patel always looks like he’s just about to go mad with joy at the world!

Jeremy Irons please the man who practically discovers the Indian genius and takes under is wing. Quite frankly Irons could have been our maths professor and previous life so he does well. Toby Jones is calling in both banter and charming way.

Ramamounjin himself couldn’t be played by anyone other than Dev Patel. Young actors practically the face of his country to the west, in all its wistful romance and all the wistful romance Bollywood season itself. His addition here is perfect for the Spielbergian whimsy of this picture.

One critic described this film as “Good Will Hunting for the 21st century”. In terms of it being a story about undervalued genius from a poor background trying to prove himself amongst intellectuals can fault the logic. In terms of Srinivasa’s character? Will Hunting is quite different is considerably more complex. It’s no coincidence though that this comparison is made since in good will hunting, Stellan Skarsgard’s character compares Will to Ramanujan.

The feel-good charm of this film is undeniable. I love some sugar filled sentimental stuff from time to time. My only issue being that this film is not terribly well structured exacerbated by weird editing.

All the although this is pretty much direct to DVD sports movie involving numbers. I think the film knows this.

Recommended Scenario: If you’re in the mood for a pretty decent British Bollywood film.

This entry was posted on November 1, 2016 by Craig Andrew Robertson in Film Review, Released in 2016.